This week in music, all students sang the refrain to a silly story called The Tailor and the Mouse, sung to them by Mrs. Niu and Mrs. Rzasa. It is a folk song from over 300 years ago!

The first grade students added silly movements to "Skeleton John," with the help of our plastic skeleton dancer! Some also had a chance to move John themselves or sing solos. It was so much fun! We reviewed "The Bats Are All Asleep" too. Check out Mrs. Farrell's class singing it, complete with decrescendos:

They also helped create a spooky story to accompany the song "Thump, Thump, Thump!" We will add hand percussion instruments to this song next week!

The second grade students sang a cute song called, "The Funny Little Lady." After they successfully learned the song, they played a game where one student closed their eyes and sat in front of an imaginary door. Their job was to guess who the soloist was when a particular part of the song was sung. They also reviewed "Come and Follow Me" (along with the hand routine), and sang it as a two part round. Maybe next week we will try it as a three part round!

The third graders finished the song "9 Lives" from last week. Two different accompaniment parts were then added to the song on the Orff instruments. One was a simple ostinato, which was a repeated pattern alternating between the D and A bars. The other was a scale pattern, but skipping over the B bar. They also listened to "Funeral March of a Marionette," an amazing piece by French composer Charles Gounod.  (Some adults may recognize the tune as the theme to Alfred Hitchcock Presents). A few volunteers were able to manipulate a skeleton marionette as we listened. For their last activity of the week, the students learned a song called "Pass the Broomstick." Next week they will play a fun stick passing game as they sing! 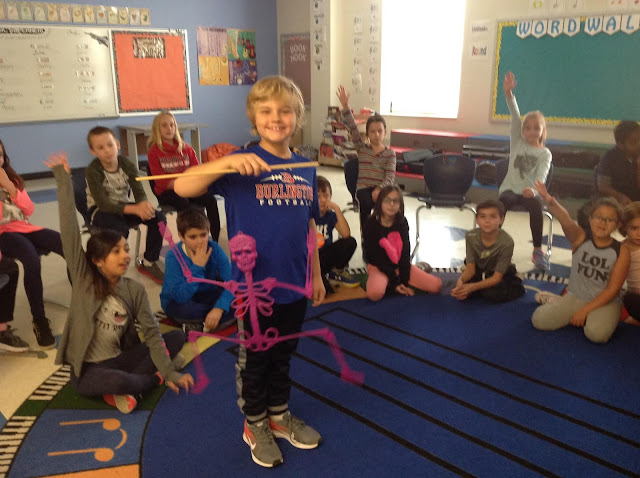 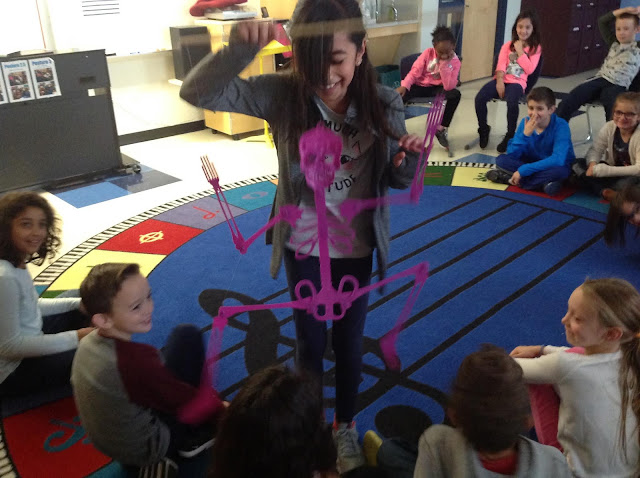 In fourth grade, the students sang the partner songs "Black and Gold" and "Trick or Treat."  They sounded SO cool when sung at the same time!  We also rehearsed our national anthem, "The Star Spangled Banner," which will be sung at the Veteran's Day Assembly!

In chorus, the students worked on their grade level pieces and ran through the two combined songs. We can't wait for you to hear them perform in December!

We hope you have an amazing weekend!
Posted by Mrs. Rzasa at 11:22 AM