Welcome back! We hope you all had a wonderful spring break. It has been such a busy week in music, especially for our 4th and 5th graders!


The first graders learned about form this week. A musical form refers to the structure or layout of a musical piece. We focused on ABA form, where the A section is completely different from the B section. Each class created their own ABA form using ta, ti-ti, and rest. Each section was 8 measures long. We then extended this activity by adding a body percussion to represent ta, ti-ti, and rest. The students had so much fun composing that next week, each student will pair up with another student and compose their own ABA composition. Stay tuned!

Second graders had the opportunity to review and experience "form" with the song, "Dipidu." This folk song is from Uganda and it means, "Good day to you!" This song was written using an AB form. The A section consisted of 3 beats while the B section consisted of 2 beats. During the A section, students walked around the room and performed 3 different body percussions. When the students sang the B section, students faced a partner and created their own body percussion for this section. These creative second graders will also be composing next week so stay tuned!

We are so proud that many of our third graders are on their purple belt! Since we had spring break, we thought it would be fun if we ran through all of the Recorder Karate belt songs with a piano accompaniment, up to the Black Belt.  Students only had to play up to the belt song that they earned. These songs include: Hot Cross Buns, Merrily We Roll Along, Gently Sleep, Lucy Locket, Old MacDonald, and Twinkle Twinkle Little Star, Oh When the Saints, Amazing Grace, and Ode To Joy! Keep working towards those belts! We are also pleased to announce that our third graders will be singing at our Memorial Day concert on Friday, May 24th at 9:00am. We will begin rehearsing next week so stay tuned!

It is a busy time of the year for our Fourth and fifth graders! We are in concert mode! Only a week and a half before showtime! We had grade level combined rehearsals this week. Each class helped create dance movements to our songs. We can't wait for you to see all of their hard work! Please, Please ..... if you are still unsure of the lyrics to any of the songs, it is not too late! Look at the lyrics here

We hope that you all will enjoy the wonderful weather this weekend!
Posted by ANiu at 8:24 PM No comments:

We've had such a wonderful week in music!!

The first graders completed their violin unit with a review of pizzicato on the G, D, A, and E strings.  It was fun to echo different patterns using these strings.  We also read a book called "Freddie the Frog," which follows a frog's adventure in the musical place where he lives.  He makes a new friend on his journey, and they love to play and listen to music together!   The students also finished watching a Musical Mystery Movie!

In second grade this week, the students completed their violin unit by learning how to play "Twinkle, Twinkle Little Star."  We played it pizzicato, as well as arco (using the bow).  I asked the students for some feedback on the violin unit.  Most students had wonderful things to say, and the biggest complaint was that the unit wasn't long enough!  The instruments will be traveling over April vacation so that they can be enjoyed by the students at Fox Hill!

Third graders enjoyed their centers day with the two new games that we introduced last week:  Fiddlesticks and Tonal Patterns.  We also ran through all of the Recorder Karate belt songs up to Blue. This includes: Hot Cross Buns, Merrily We Roll Along, Gently Sleep, Lucy Locket, Old MacDonald, and Twinkle Twinkle Little Star.


You can see the size differences between the instruments of the string family in the photo below: 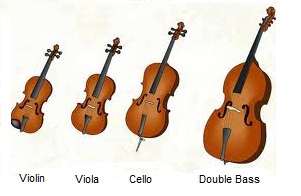 In chorus we spent a lot of time on the pitches and harmony in the "Three Elements" song.  We discussed the mood of each movement.  The fifth graders rehearsed the ending of "Singin' in the Rain," and the fourth graders ran through "Cool Under Fire"....memorized!!

We wish you a happy, relaxing, fun, and sunny April vacation! :)

Spring has sprung in music this week! The younger students played games related to eggs while the older students got a chance to use the bow on the violin!

The first graders helped bring in the spring season by playing a game and singing "Looking for Eggs." The students had so much fun looking for eggs hidden around the music room as they sang the fun, catchy song.   As soon as a student found an egg, they were directed to shake the egg shaker (which represented a Spring egg) to the beat of the song. The students who found the eggs during each round of the game became the ones that would hide the eggs for the rest of the class. We had so much fun singing and playing this game that we played it for two music classes.

Second grade students also played an egg game called, "Spring Delight." Three baskets with three different rhythmic patterns were put into the middle of the circle.  Students passed around a spring basket filled with colorful eggs to the beat of the song.  Whoever has the basket on the last word of the song was the lucky winner who got a chance to open up one of the eggs. Inside each egg were two special things- a fun little sticker and a word that relates to the spring season. The lucky student got to keep the sticker but had to figure out which rhythmic egg basket their "special word" belonged too.  It was so much fun to see which rhythmic basket had the most eggs! Our second grade students also reviewed the notes F#, E and D by playing "Hot Cross Buns." On the A string, we learned the new note B, which is needed to play "Twinkle, Twinkle Little Star." Next week, these students will master this popular song. Stay tuned!

Two music games were added to our third grade musical centers. A game called "Fiddlesticks, " similar to the popular game "Old Maid." The goal is to avoid being the person left with the "fiddlesticks" card (it has a picture of a violin bow on it).  The other new game consisted of having students name the notes for tonal music patterns. This game enhances sight-reading (note reading) for the students. We also went over the purple belt song, "Old Mac Donald" and reviewed the low notes E and D.

The fourth and fifth grade students reviewed "Hot Cross Buns" and learned how to play "Twinkle, Twinkle Little Star" using pizzicato. On the A String, students learned the new notes B, C# and D. The students were so excited to learn how to play the bow. 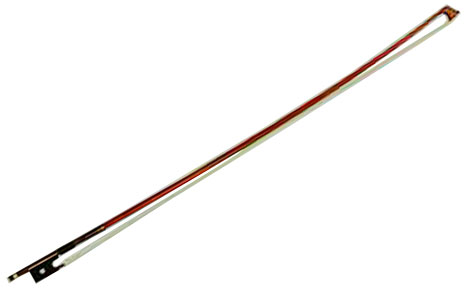 Although we all agreed that to master the skill of bowing is pretty difficult, the fourth and fifth graders did a great job bowing for their first time. Next week, our fifth grade students will have the opportunity to play the cello and the viola!

In chorus this week, both grades polished up "Turn the World Around" and the "Three Elements" song.  Both of these songs contain tricky rhythmic parts where you really need to look at the conductor to help cue you when to come in. Fifth graders went through the last half of "Singin' in the Rain" and really got into the song especially during the snapping parts. Fourth graders worked on articulation and started adding percussion parts to "Rhythm of the Rain." Chorus songs are coming together! You will be very proud of your child at spring concert!

Note to all chorus students:  CHORUS LYRICS ARE ON THE BLOG! :)
Please click HERE to view them, and to practice at home!   All music needs to be memorized by the time we get back from April Vacation so that we can start adding dances and percussion instruments!

We hope you have a wonderful weekend!
Posted by ANiu at 8:41 PM No comments:

Springtime in First and Second Grade

We are SO happy that it is finally Spring!

To celebrate, first and second graders have been singing songs about eggs, since spring makes us think of hatching chicks and birds.

First grade student volunteers sang the song "Looking for Eggs" as a quartet: