Congratulations to the second graders for an amazing performance at last week's Memorial Day assembly! The speakers, soloists, and instrumentalists were so well-prepared, and the rest of the singers came together beautifully for such a meaningful concert. Here are some videos from the assembly:

Email ThisBlogThis!Share to TwitterShare to FacebookShare to Pinterest
Labels: 2nd grade, class of 2022

The Adventures of Beekle Composition

As part of their composition unit, the fourth graders have composed music to accompany a book: The Adventures of Beekle.
We started by reading the story to them, and asked them to think about what kind of music would go with each part of the story.  What is the mood?  What would the tempo be like?  Then, each group was assigned a section of the book to work with.
Once they finished composing, we invited kindergarten and first grade classes to watch the performances!

This week in music, the first graders finished this year's Orff instrument unit by learning about question and answer phrases in music. Then, they improvised an answer to the teacher's musical question. It was so much fun! They can't wait to play more on the glockenspiels, metallophones, and xylophones next year!

The second graders did an AMAZING job at their Memorial Day assembly on Friday. We are so proud of them for all of their hard work. Their singing was beautiful and they were so respectful to honor the men and women who lost their lives fighting for our country.

The third graders are almost ready for their upcoming recorder and violin concert. They have been reviewing all of their belt songs and working on the March of the Droids. It is sure to be an amazing concert. We would like to invite the parents of 3rd graders to attend on Wednesday, June 5th at 8:30 a.m. We hope to see you there!

The fourth and fifth graders have been preparing for their book project performances. We took a few photos of the fourth graders working hard on their compositions: 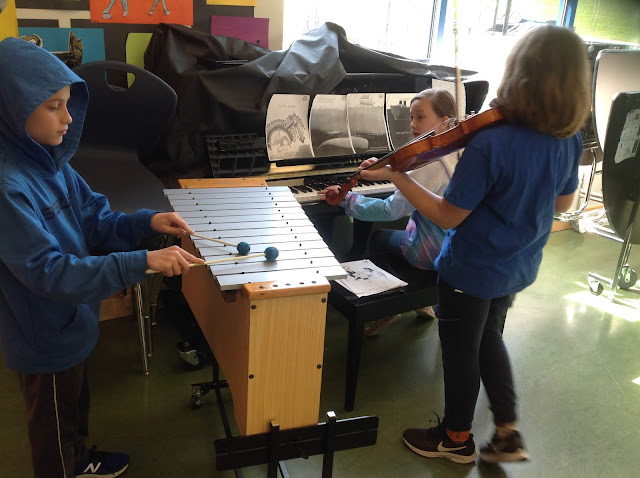 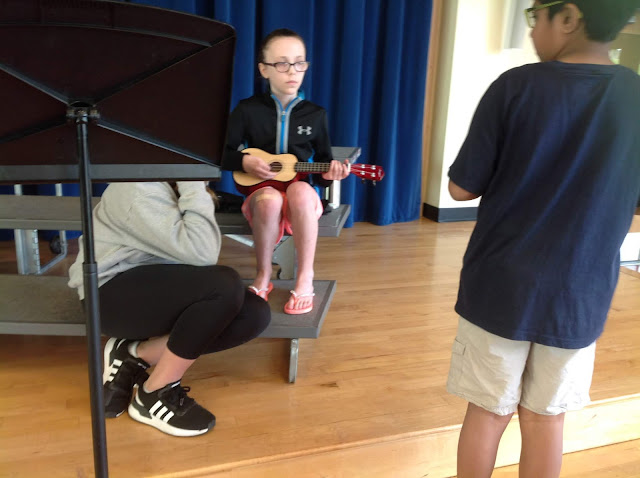 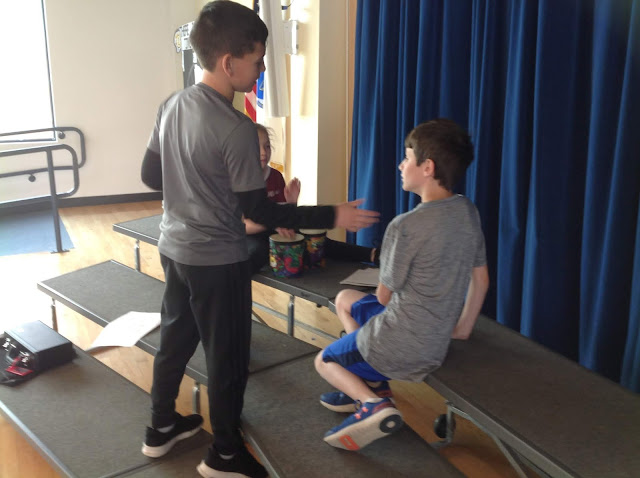 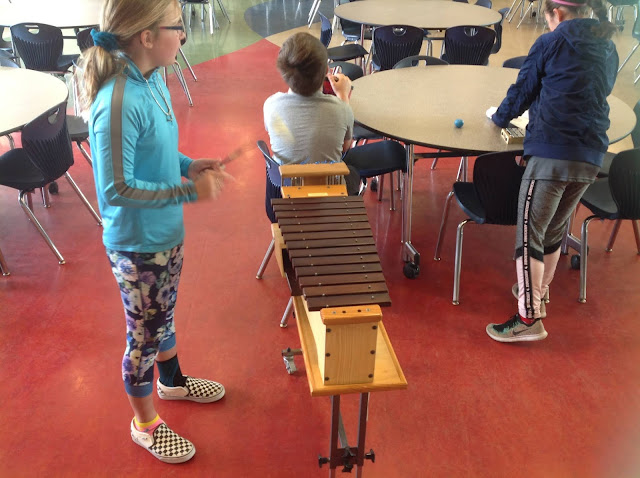 Next week, the students will be performing for some of the kindergarten and first grade classes. We will post videos of their compositions soon! :)

Hope you have a fabulous weekend!


Our first grade students got a chance to play Orff instruments. Students learned how to play with proper mallet technique alternating our mallets and going up and down the scale. They learned all about the different family names and the size names.


Our second grade students have been practicing for their Memorial Day Concert that will take place on Friday, May 24th at 10am. Incase you've missed the notice, here it is:

We would like to invite you and your family to the 2nd Grade Memorial Day Assembly on Friday, May 24th at 10:00 a.m. in the Cafetorium. Your child will be singing and dancing as part of their Memorial Day presentation. Students are encouraged to wear red, white, and blue - and may accessorize as they please!

We hope to see you there!

New centers were introduced to our third grade students this week. We played Musical Don't Break the Ice and Family Instrument version of Old Maid. We also went over going from D, B, G, A, G. We noticed that these notes in the Red Belt song has been a challenging spot. We went over one of their concert songs, March of the Droids and all the different musical symbols. If you are still having difficulties, please don't hesitate to ask!

Now that our fourth and fifth grade students are done with their concerts, they continued to work on their composition projects. We will be performing these compositions for our first and second graders in two weeks.

Have a wonderful weekend and enjoy the nice weather!

This week in music, the first graders finished their Carnival of the Animals unit. They moved like animals, listened to different tunes inspired by those animals, AND saw them in a Carnival of the Animals movie set at a zoo! They also got to see each of the songs performed by an orchestra. The musicians did such an amazing job! For their second music class, they learned a song called "Pass the Shoe"- and it has a fun game too!  Ask your child what happened to the tempo of that song as they sang.

The second grade students auditioned for solos for their upcoming Memorial Day concert! Everyone who tried out did such an amazing job, and it was very difficult to choose only a few students. They continued to rehearse for the performance, played the chimes to accompany "Remember You," and even played a few rounds of Hop Old Chipmunk. It was a great week!

The third graders enjoyed their centers once again this week. We will have new centers with new games and worksheets the next time they come to music! They also worked more on the notes high D and high C. Those can be very tricky, especially during the red and brown belt songs. The fingerings are a bit awkward! Next week, they will be focusing more on one of their concert songs, March of the Droids.

The fourth and fifth graders did an AMAZING job at their spring concert this Wednesday. Check out some of the photos from their morning performance! 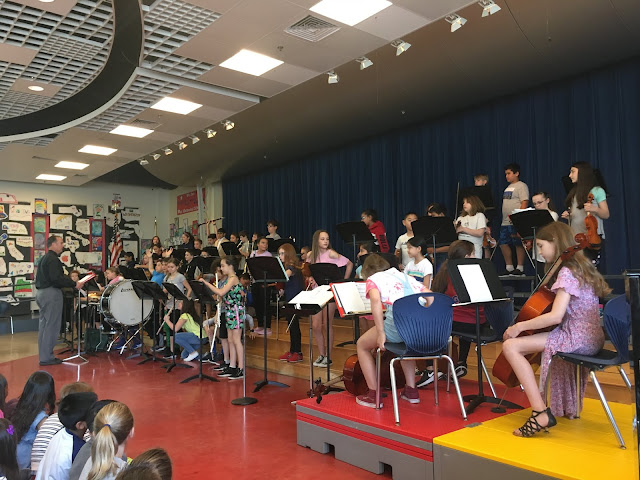 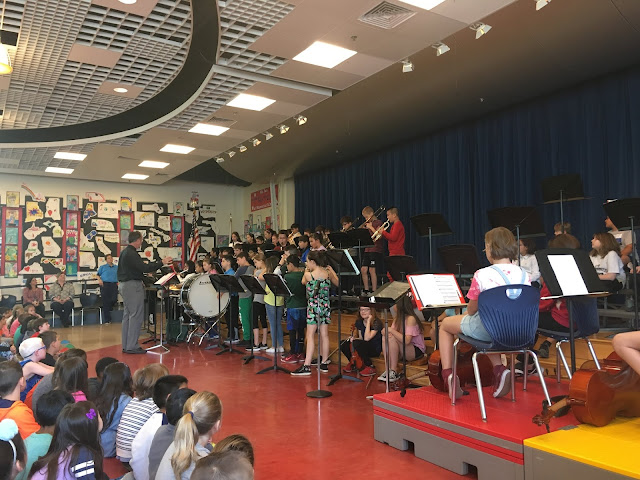 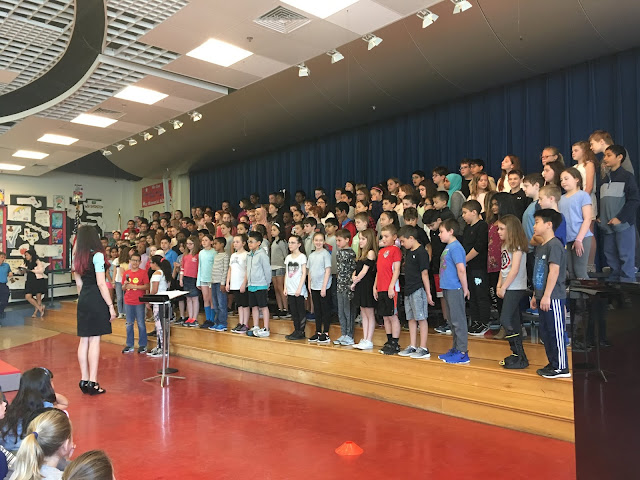 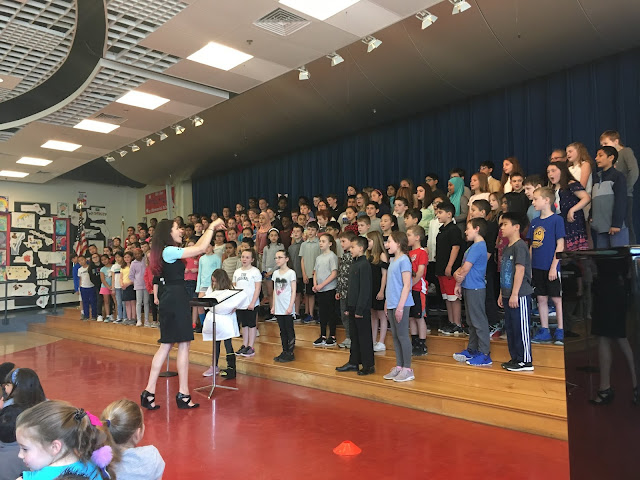 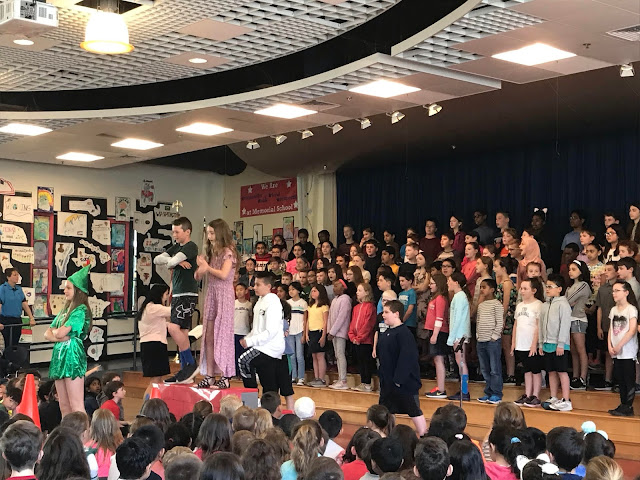 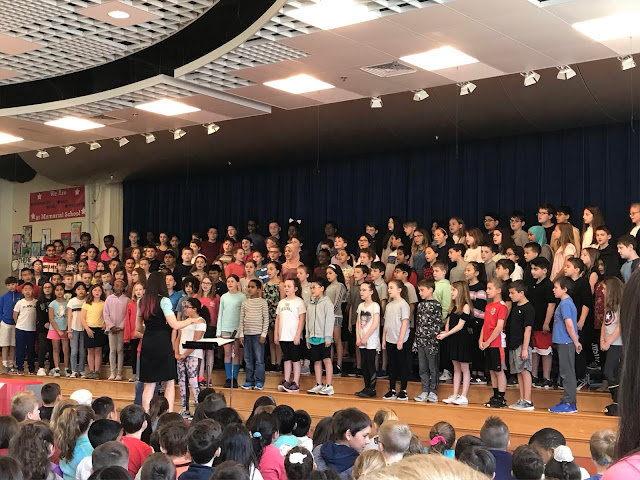 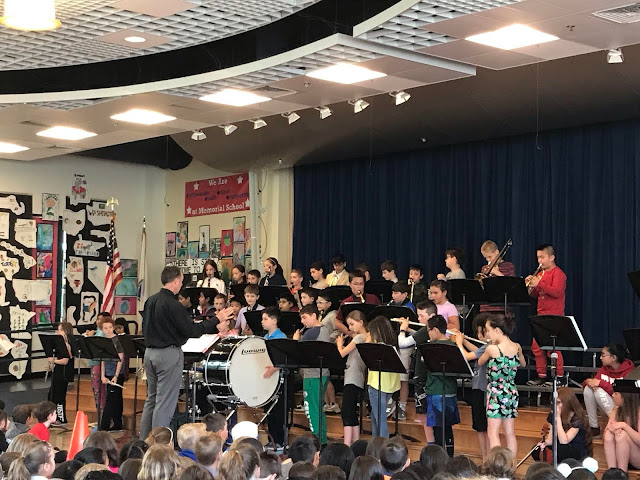 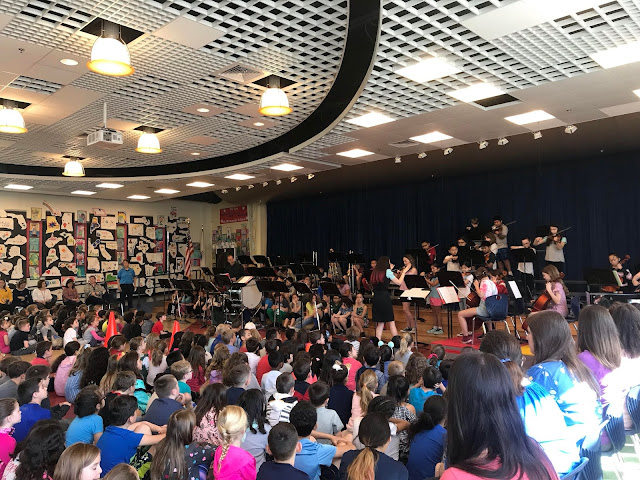 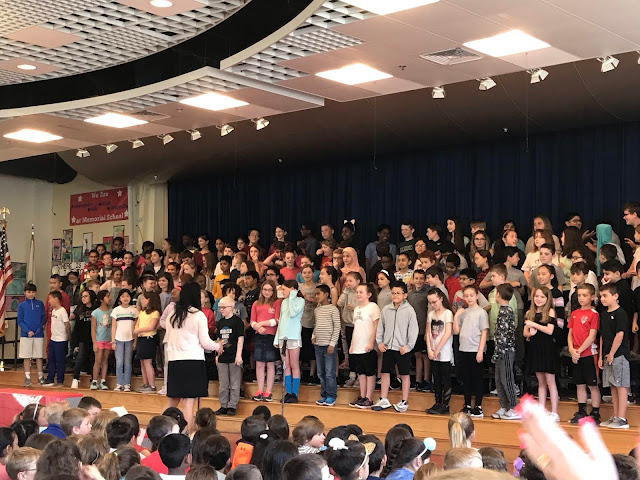