Congratulations to 26 of our 5th grade students who participated in the John Lennon Tour bus and also performed as part of a concert that showcased the Burlington Music Department. These students performed the "Star Spangled Banner" with the elementary, middle school, and high school chorus members and also performed "Ghost Ship" from their spring concert. Here is a picture of our 5th graders getting ready to perform. We are gathering other pictures from parents so stay tuned!! 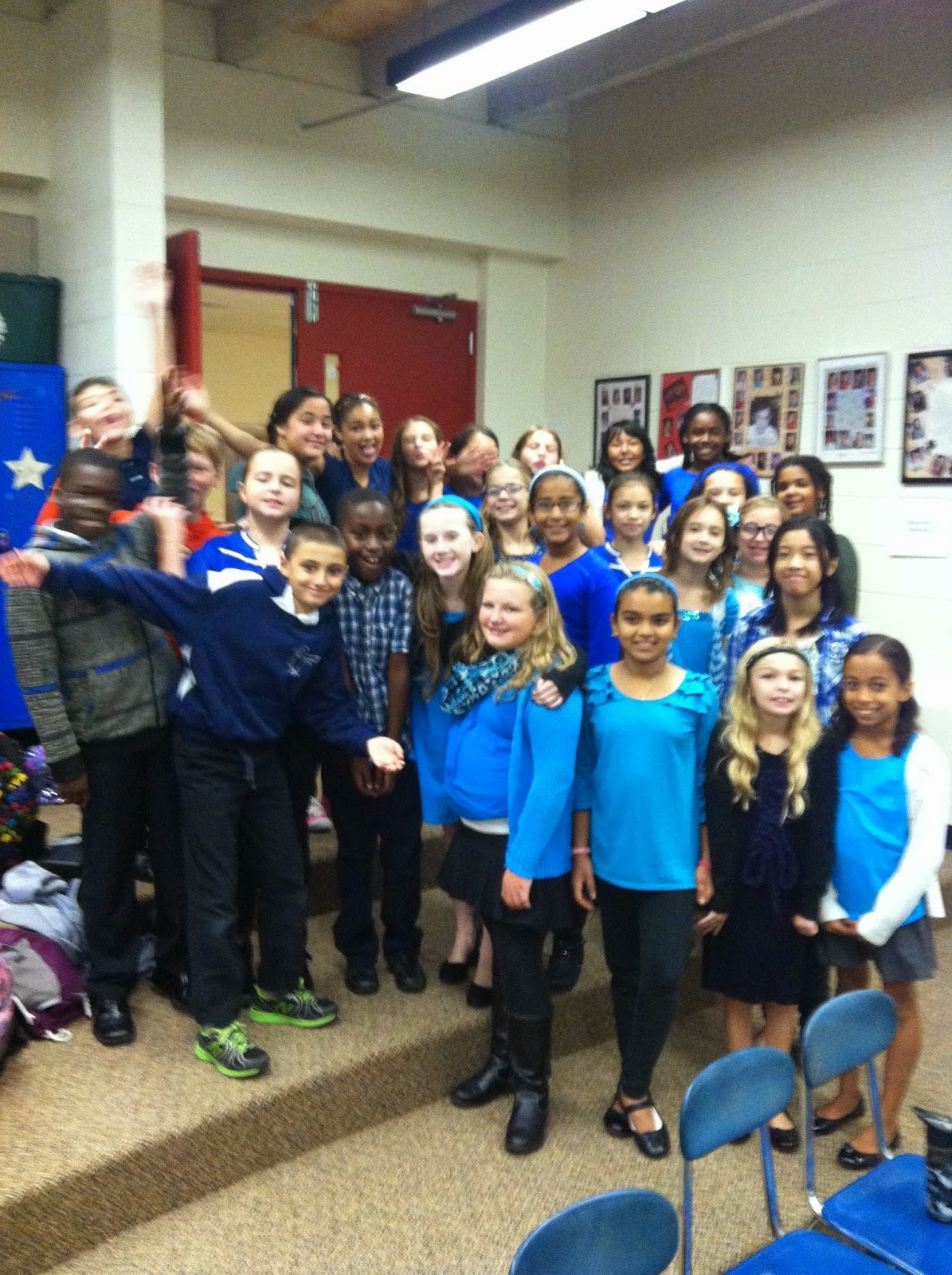 This week, every student learned about Johann Sebastian Bach. He was a famous German composer and musician of the Baroque period. Ask your student if he/she remembers the three instruments that Bach played.

In first grade, the students learned a fun chant with instruments called, "Loose Tooth." Mrs. Rzasa and I noticed that our first grade friends are loosing many tooth these days that we thought they would have so much fun learning this chant. Three body percussion parts accompanied three word- Loose Tooth (two claps), wiggly jiggly (pats on your knees), and thread, head, bed (snaps). We extended the activity by taking out these words and only using the assigned body percussion when we sang these words in our heads. The students had so much fun that we will be adding instruments to this chant!

Second grade students learned a silly song called, "I'm a Nut." It's a song about an acorn who is cracked because everyone walks all over him. Some students had a chance to make up their own rhyming phrase. Next week we will continue this activity and put instruments to this fun little song!

Our third grade students performed "Four White Horses" with the clapping routine. During the interlude (the middle part of the song inserted between a longer composition), the students made a conga line. It was so much fun and the students did a fabulous job with clapping to the song at a steady tempo.

It was rhythm review week for our fourth and fifth grade students. We played a fun bean bag game. Students were separated into two teams. Mrs. Rzasa and I took turns clapping out four beat patterns and each student took turns getting the bean bags into the right rhythm buckets.  Each student in line also had a chance to participate by writing/drawing the correct rhythm on their iPad. Teams were awarded 2 points if their team member got the bean bags into the right bucket and were the fastest. If the other team still got the bean bags into the right bucket, they were awarded 1 point. If every team member wrote the rhythm correctly on their IPAD, they were also awarded 1 point. Since not every student had the opportunity to play, we will continue this game next week.

We hope you all enjoy the beautiful sunny weekend!

Email ThisBlogThis!Share to TwitterShare to FacebookShare to Pinterest
Labels: 5th grade, class of 2015