We had an amazing week in music!

The first graders learned a song and played a game called "Flap and Fly." Bats are nocturnal mammals, which means they sleep in the daytime and are awake at night. The students decorated bats while listening to music, then played the game! The bats were asleep while the lights were on, then a student (the Sun) turned off the lights so the bats could dance and sing!  When the sun came up, the lights were turned back on and the bats fell asleep. 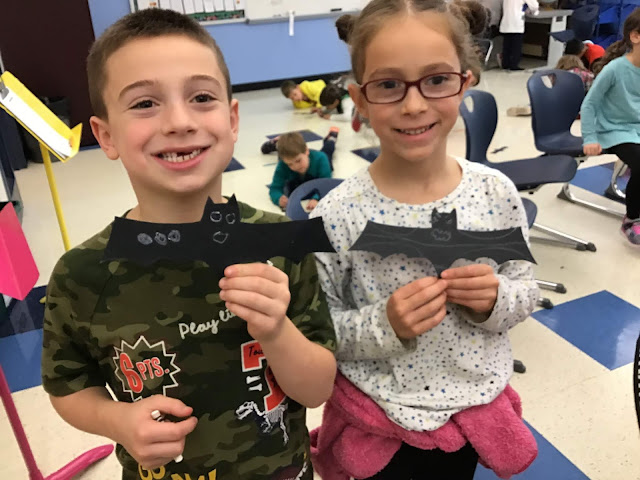 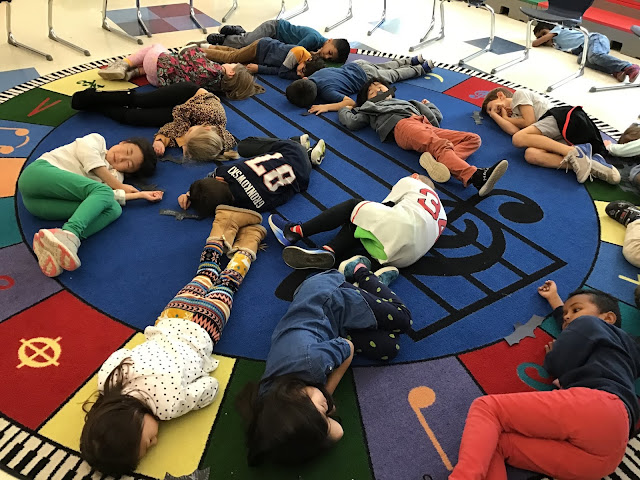 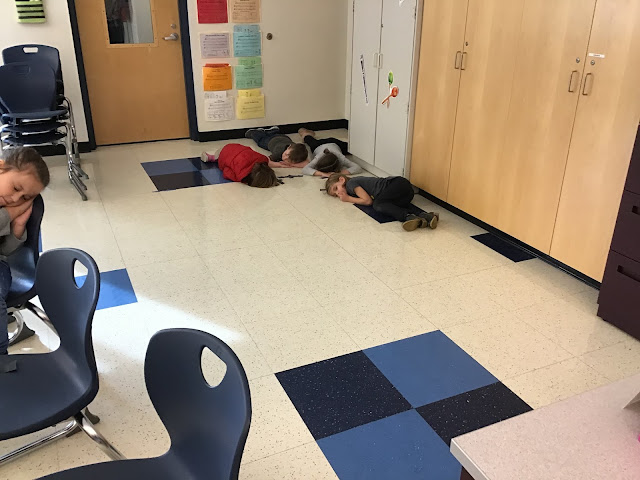 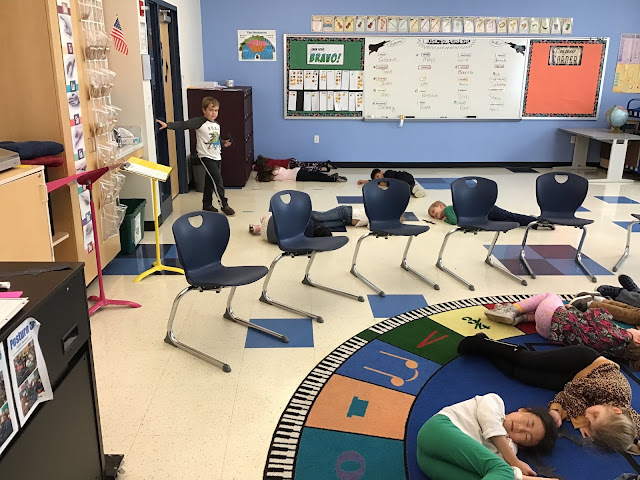 The second graders had a D.A.R.E presentation with Officer Shepard for their first music class. In their send class this week, they learned a fun song called "Witches' Brew!" The song features a fun refrain with silly dance moves, and they loved singing it over and over during the song! The verses included lyrics with gross "ingredients" to put into the witches' brew!

The third grade students read a story called The 13 Days of Halloween...suspiciously similar to the 12 Days of Christmas - only spooky!  We sang the song in minor tonality, and some students helped us out by holding up posters for each day.  Our favorite parts: 5 cooked worms, and the evil laugh at the end! 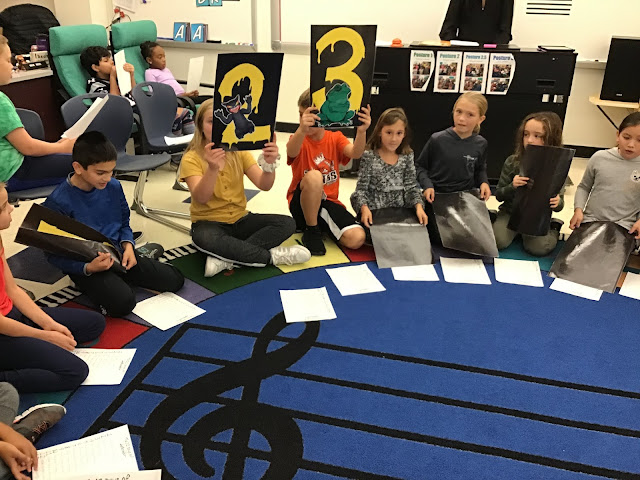 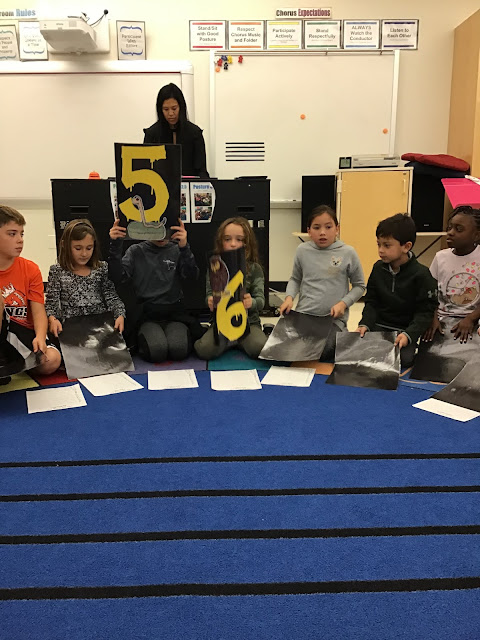 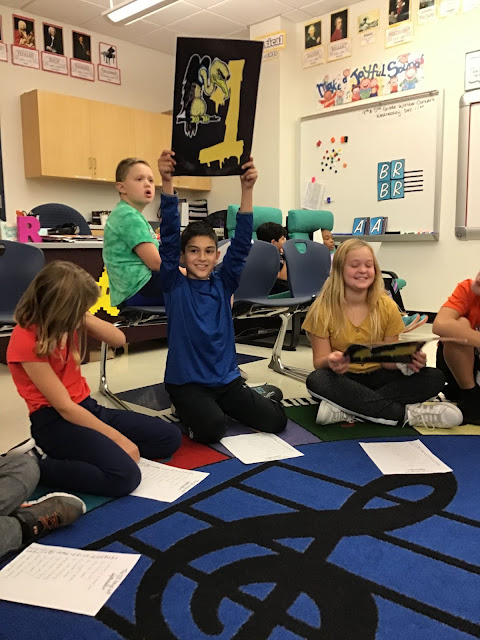 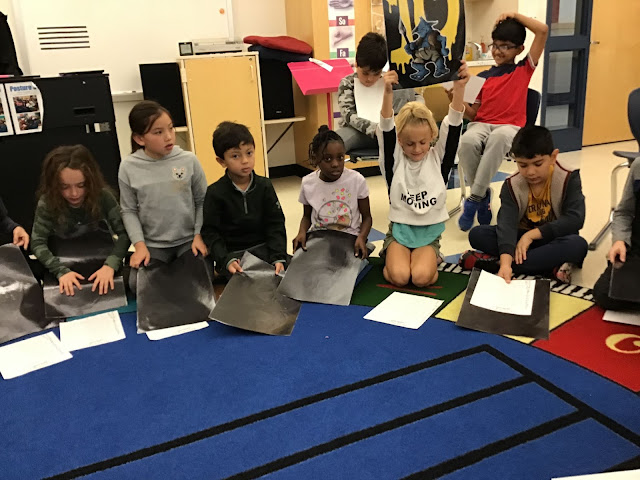 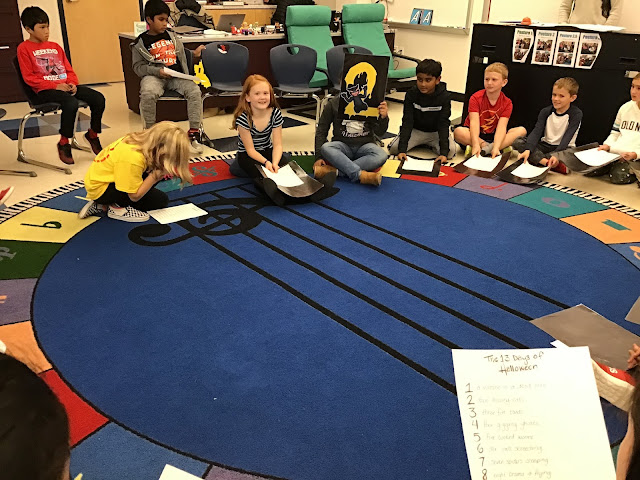 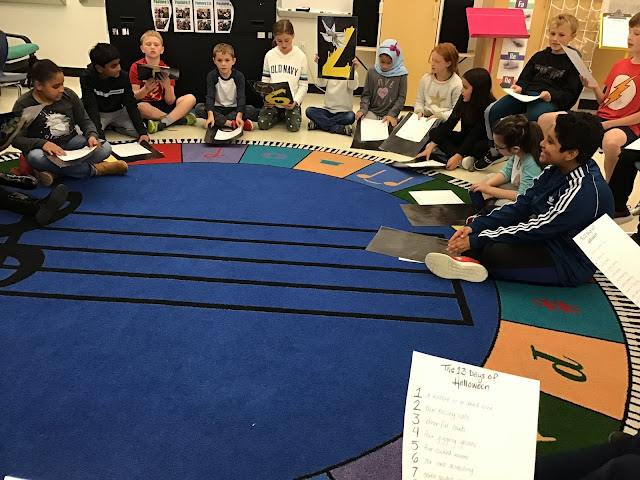 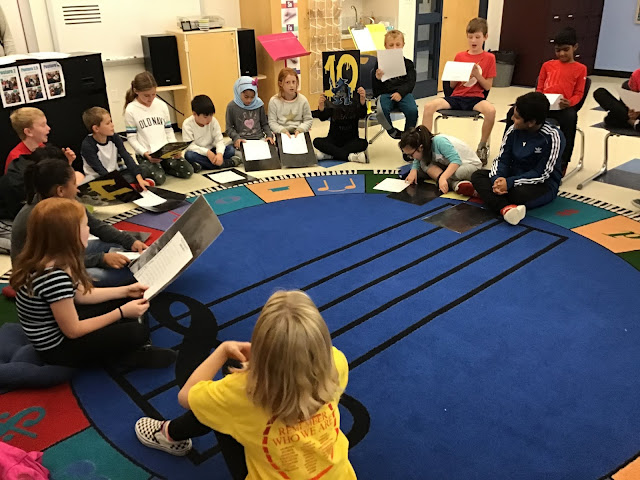 The fourth graders continued to rehearse for their Veterans Day Assembly. We hope to see the family and friends of the fourth grade students on Thursday, November 7th at 1:30! They also sang the partner songs "Black and Gold" and "Trick or Treat."  They sounded SO cool when sung at the same time! Then, they played a short ostinato to accompany the songs on the metallophones and xylophones.


We hope you had a fantastic weekend!