This week, the first graders learned how to sing "do" and "so" on neutral syllables. This will help prepare them to sing bass lines and more!  We tossed a ball and when it was in the air they sang "so" (the higher pitch), and when it was caught they sang "do" (the lower one).  We finished up our Lucy Locket game from last week - it was so much fun!  Then, we took a pretend field trip to a musical kitchen, and all of the students became chefs to create an amazing soup!  Ingredients were added by each child, and in between we performed the "Chop, Chop, Chippety Chop" chant.   They even had time to start a new chant called "Loose Tooth."

The second grade students played the "Grizzly Bear" game that we taught them last week.  The song explores various dynamics, including piano and forte.  It's tricky to sing loud without screaming, but the students did a lovely job!  In the game, one student was a grizzly bear, and one student was a hunter. The hunter tried to wake up the bear while singing, and the bear had to guess who it was!  It was fun to identify our classmates by their singing voices. The other activity we did this week was "Ickle Ockle." One person was the "Ickle Ockle" and had to give another friend a "high five" after the song ended. The other students have to find another friend to give a "high five" too. The last student without a partner becomes the new "Ickle Ockle."

The third graders did their Thread Follows the Needle dance in groups of 6.  Check out our video below!


Then we sang "Four White Horses," a traditional Caribbean folk tune with awesome steel drum accompaniment!  This song is in a musical style called calypso.  Once the song was mastered, we added a fun clapping routine.  Quartets of students clap the hands of the person across from them (either high or low) then clap the hands of their neighbors to the sides.  The routine repeats with regular hand claps in between each move, and alternating between high and low.   It is a little tough to get the hang of it, so we will continue this activity next week!

The fourth grade students learned a cup game this week.  It is a rhythmic cup passing routine which has been around for generations! (Most recently, you may recognize it from the movie Pitch Perfect). Next week we will change the tempo and do variations of the routine. 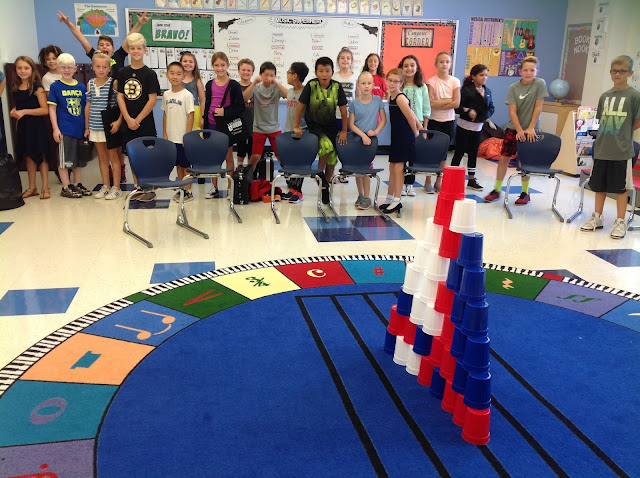 Fifth grade students reviewed the cup routine from last year, then performed it while singing "I've Been to Harlem." It is very challenging to sing while doing such a complicated task!  Especially since the rhythm of the song is quite different from the rhythm of the cup routine.  Next, they performed it while listening to Edward Grieg's "In the Hall of the Mountain King."  It was so much fun since the tempo (speed) increases with each repetition! We used a traditional recording of the piece, as well as a heavy metal version!

In chorus, the students reviewed "Celebrations Around the World," then got started on their grade level pieces - "Gong Xi" for fifth grade and "Minka" for fourth. 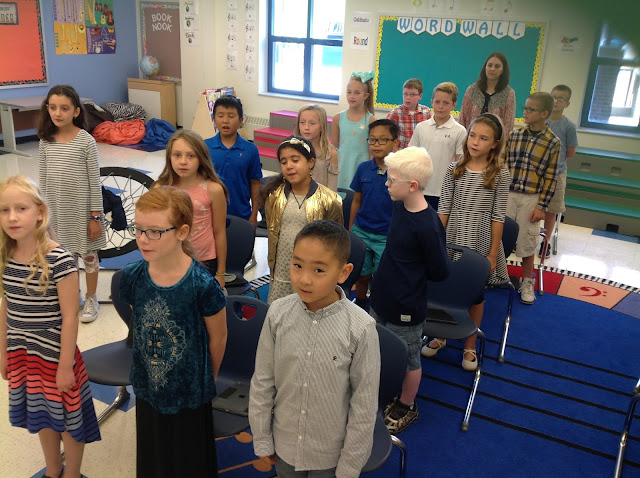 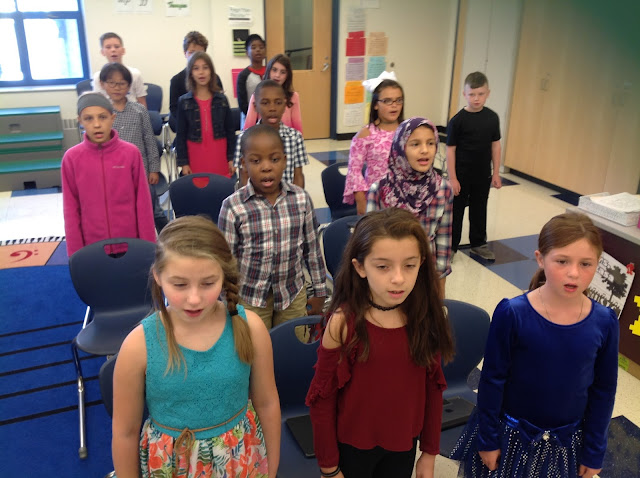 The orchestra students have been doing wonderfully in their lessons, especially the fourth graders who are playing new instruments this year! 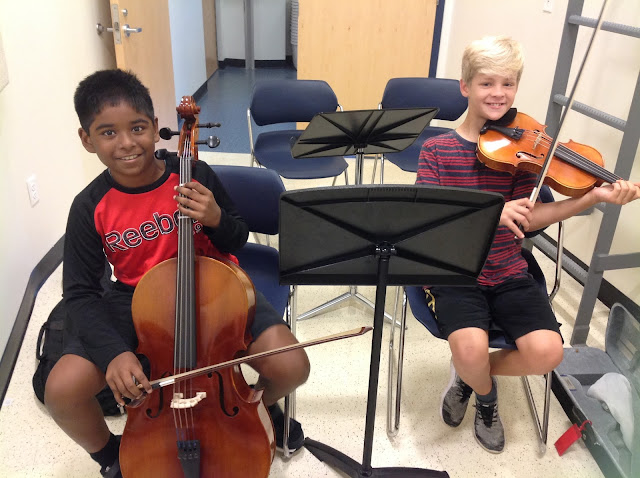 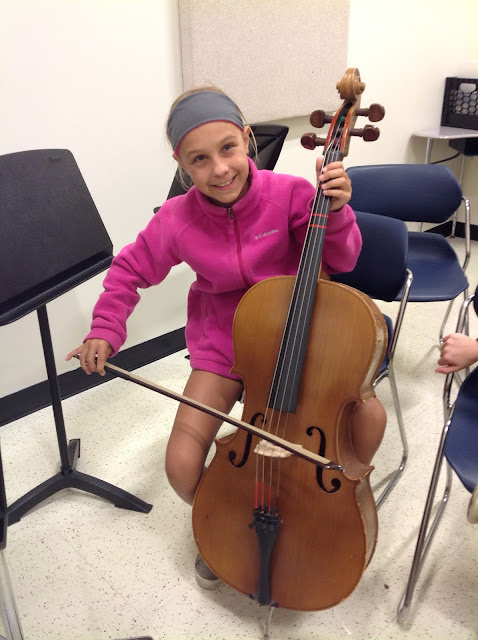 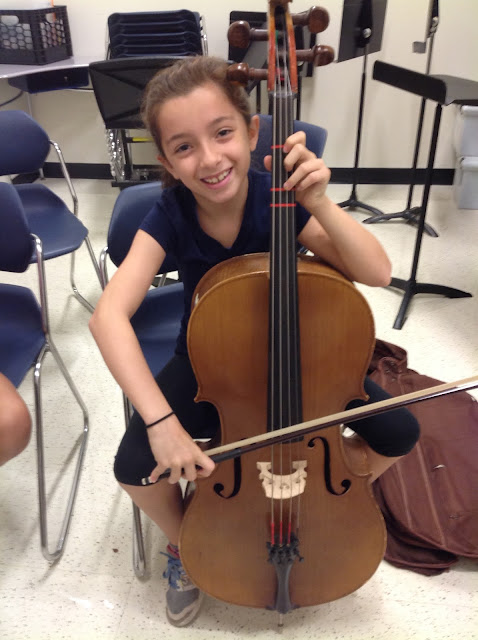 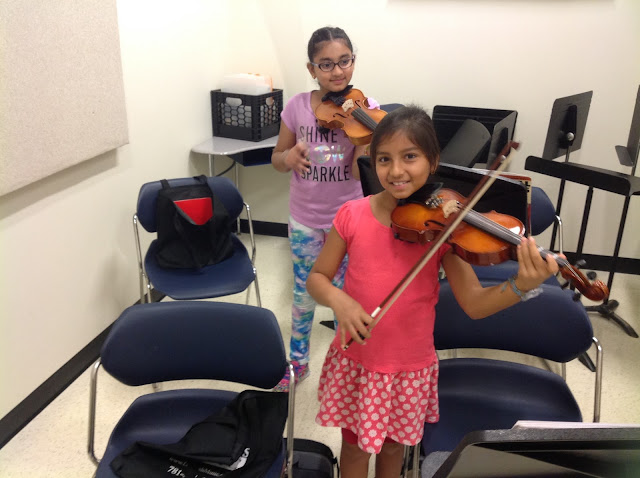 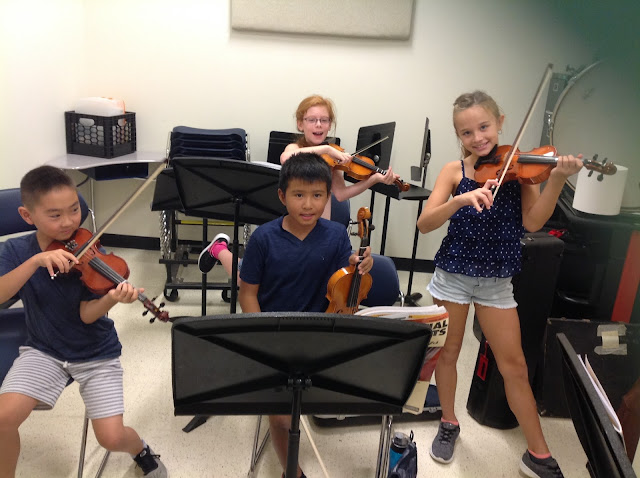 We hope you have a fantastic weekend!
Posted by Mrs. Rzasa at 11:26 AM