This week, the first grade students completed their "Bats are all Asleep" and "Thump, Thump, Thump" songs and activities.  They started to learn how to decode melodic patterns...here's how it works:  I sing a pattern using So and Mi on a neutral syllable, and the students need to listen to the pattern carefully and figure out the solfege.  It's quite tricky, and they have been doing an awesome job!  they also sang a new song in a minor tonality called, "Autumn Leaves."  They expressed themselves through movement with scarves, playing a mirroring game with a partner as they sang.  Some classes reviewed "Ghost of John," sang it as a round, and added an ostinato on the glockenspiel. 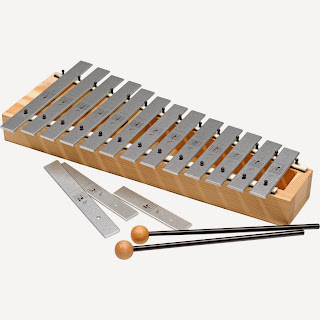 The second graders finished the fun game called "A Funny Little Lady."  It was fun to guess who was singing the solo!  They also sang "Witches' Brew," "Ghost of John," and "Woman All Skin and Bones."  It was enjoyable to review these favorite songs from first grade!  They also listened to "Funeral March of a Marionette," an amazing piece by French composer Charles Gounod.  (Some adults may recognize the tune as the theme to Alfred Hitchcock Presents).   A few volunteers were able to manipulate a skeleton marionette as we listened.

The third grade students completed their "Pass the Broomstick" activity, and reviewed the "Ghost of John"- a song they sang in first grade.  We added an instrumental accompaniment to the song, using the metallophones, xylophones, and glockenspiels.  Students took turns playing the following ostinati as the rest of the class sang: 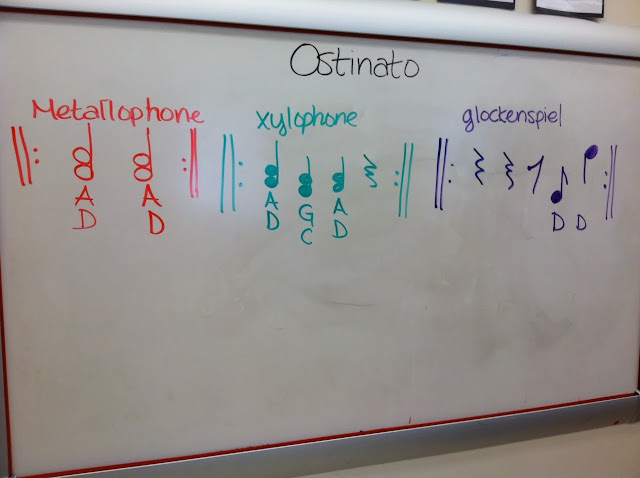 We reviewed proper posture, technique, and form while holding the mallets and sitting/standing at the instruments.  The students also had the opportunity to see some basic music notation- including half notes, quarter notes, eighth notes, quarter rests, eighth rests, and repeat signs.

The fourth grade students are still chugging along, working on their music for Veteran's Day!  They have been enjoying singing the different Armed Forces tunes, as well as the Star Spangled Banner (our National Anthem!)

The fifth graders completed "Halloween Night" - complete with singing, xylophones, metallophones, glockenspiels, drums, triangles, wood blocks, and cymbals!  One class even made a video to share with you- click HERE to check it out!

In chorus, the students learned the last section of "Grinch," as well as the second verse to "All I Want for Christmas is You."  We have been using PiaScore to read digital music in class, and the students have told us they prefer using iPads (instead of traditional folders and sheet music). 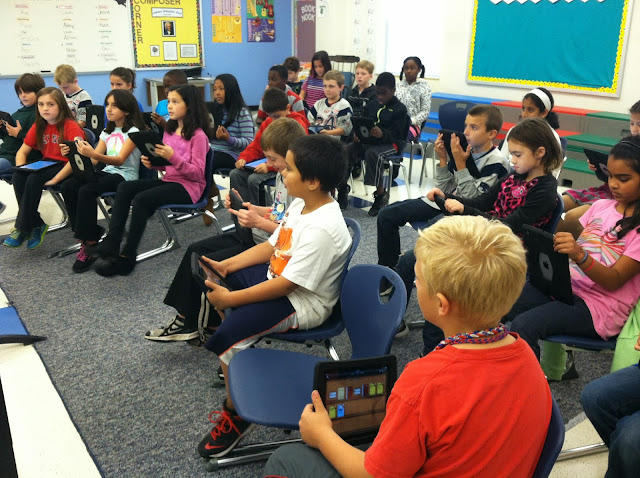 At the end of rehearsal, we went back onto the risers to run sections of "Grinch" and "All I Want for Christmas" - we even had a few students try out the solo parts!  Next week, the students will start to learn their last song...I can't wait!

I hope you have an incredible weekend!
Posted by Mrs. Rzasa at 8:15 AM